The Spark by Bethany White 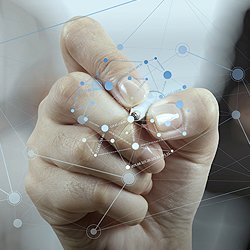 I was studying screenwriting as part of my undergrad degree when I heard about Create50. I always dreaded writing dialogue, and I’d finally come to the decision to focus on refining it within my writing.

Little did I know, this was the first spark.

Create50 stood out to me as an idea more than anything; the principle of leaving feedback on three stories for every draft you enter. What a sparky idea! I thought: using our interconnectivity to create a community of creatives from across the world who help one another, as well as compete and work towards a new product. Neat.

I hesitated at the thought that nobody would pick my story to read, but with Create50 it’s those stories which haven’t been viewed much that get pushed to the top, so everyone gets something back. This spark was starting to crackle.

I’d had a vague idea floating around for eons – exploring the relationship between an AI entity and its creator. Maybe this could work for Singularity50? I thought. And then: Face it. It’s the only idea you’ve got, and this thing has a deadline. Get on with it.

Slightly unwelcome to my daydreaming, creative brain, but a necessary spark nonetheless. It set things burning.

As I developed the concept, that original spark came back and nudged me: this is short-form. You can have fun with this. You want to work on your dialogue, so what not make this all dialogue?

And I looked at the emerging idea, the idea looked back at me, and we nodded in agreement: thanks, spark. Good call.

By the time I had my first draft, we were well and truly on fire. I submitted to Create50 and set about reading the other stories on the site, both sci-fi and horror for Twisted50 Vol. 2.

And who know leaving feedback could be so much fun?! I thoroughly enjoyed reading others’ stories (bonus: they’re short so you can get through loads) and even enjoyed leaving comments because I knew the feeling each writer would have when they received it – that mix of nerves and excitement.

I got the exact same feeling when comments came through on my story.

That’s the feeling of putting your work out there, opening yourself up to criticism, and it can be a big hurdle to get past when you’re starting out, like I was. Some fanned the flames, others suggested ways to allow them to burn brighter.

So a whole log was chucked on when my story was shortlisted and selected, allowing it to burn that bit longer. Now it’s real, I can hold it in my hands, my first physical publication: Memory Stored, story number 13 in The Singularity. Don’t worry, I won’t set the book itself on fire.

But remember: all it takes is that first spark to get things going.

Whether that spark be a competition or a prompt, an experience or a daydream, nurture it, give it the conditions and support it needs, like the support of the Create50 network, to ignite. You never know what will happen.

Upcoming events and other news…

This website uses cookies to improve your experience while you navigate through the website. Out of these, the cookies that are categorized as necessary are stored on your browser as they are essential for the working of basic functionalities of the website. We also use third-party cookies that help us analyze and understand how you use this website. These cookies will be stored in your browser only with your consent. You also have the option to opt-out of these cookies. But opting out of some of these cookies may affect your browsing experience.
Necessary Always Enabled
Necessary cookies are absolutely essential for the website to function properly. These cookies ensure basic functionalities and security features of the website, anonymously.
Functional
Functional cookies help to perform certain functionalities like sharing the content of the website on social media platforms, collect feedbacks, and other third-party features.
Performance
Performance cookies are used to understand and analyze the key performance indexes of the website which helps in delivering a better user experience for the visitors.
Analytics
Analytical cookies are used to understand how visitors interact with the website. These cookies help provide information on metrics the number of visitors, bounce rate, traffic source, etc.
Advertisement
Advertisement cookies are used to provide visitors with relevant ads and marketing campaigns. These cookies track visitors across websites and collect information to provide customized ads.
Others
Other uncategorized cookies are those that are being analyzed and have not been classified into a category as yet.
SAVE & ACCEPT